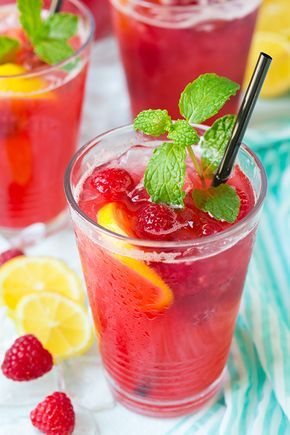 Hepatic steatosis is a condition where the liver tissue accumulates in excess of five percent of the total liver volume, causing severe damage to the organ. Lipid accumulation in the liver can be beneficial; however, excessive liver lipid storage can result in liver metabolic dysfunction, inflammation, fibrosis, and even advanced stages of nonalcoholic fatty liver disorder.

In the acute phase, a person with hepatic steatosis experiences mild elevations of blood glucose levels and blood triglycerides (a compound that contains three-dimensional water molecules). While liver tissue is not damaged and does not undergo cellular injury, excess fluid and other substances in the bloodstream are released. As a result, insulin resistance and increased adiposity are common.

Metabolic complications usually develop because the body is unable to process glucose or utilize the fats stored in the liver for energy. The accumulation of fat and glycogen in liver cells causes a rapid decline in normal glucose utilization, leading to an increased risk of diabetic ketoacidosis-related kidney failure. The liver is also subjected to intense inflammatory signals due to high blood cholesterol levels, increased production of reactive oxygen species, and increased production of proinflammatory cytokines. These signals increase liver inflammation, thereby stimulating cell death.

In the chronic stage, chronic liver disease develops because the body is unable to properly metabolize fats and sugars stored in the liver. Proteolysis and glycolysis both contribute to the degradation of liver cells. Increased fat deposits, increased glycogen accumulation, increased production of proinflammatory cytokines, and increased secretion of cytokines and chemokines cause liver cells to become resistant to normal processes and consequently, unable to regenerate cells when they are needed.

In more severe cases of liver disease, liver tumors may develop, which can threaten liver functions. Cancer, especially hepatocellular carcinoma and hepatocytoma, can form as a result of liver cancer, particularly if there is an increased level of inflammation in the liver. Liver tumors are often associated with nonalcoholic steatohepatitis and nonalcoholic cholestasis (an accumulation of blood in liver vessels) and therefore, an increased risk of developing acute liver failure and cirrhosis is common.

When left unchecked, nonalcoholic steatohepatitis can lead to more severe complications such as portal hypertension, chronic hepatitis and liver cancer.

Although the primary target for therapy is the fat and glycogen accumulation in liver cells, there are several secondary targets, such as hepatic metabolism. Diuretics are used to reduce liver enzyme activity; academia is treated by dialysis and hydrochloride or carbon dioxide infusion; low doses of corticosteroids are used to reduce hepatic gluconeogenesis; and nonsteroidal anti-inflammatory drugs (NSAIDs), such as ibuprofen, aspirin, or naproxen, reduce platelet adhesion.

Treatment in liver failure may include liver transplantation

However, most patients with nonalcoholic steatohepatitis do not respond well to standard treatment. If liver failure is due to obesity, weight loss may not prevent liver cirrhosis because the patient may retain excess weight, leading to increased intrahepile triglyceride levels and increased fluid buildup.

If nonalcoholic steatohepatitis is due to a primary liver disorder, treatment should include a dietary supplement, a detoxification program, and exercise. It is often necessary to combine treatment plans to treat the underlying condition. For example, if fatty liver is a primary cause of nonalcoholic steatohepatitis, then an additional diet rich in antioxidants, such as those containing vitamin A, can help to improve liver function and reduce triglyceride levels.

Weight loss is generally the key to long term success. The body has a tendency to store more fat and glycogen in the liver, so weight loss should be achieved by increasing calorie intake and decreasing carbohydrate consumption.

Alcohol abuse is another common cause of liver failure. People who have an alcohol problem often show symptoms of steatohepatitis and often drink to increase their fluid levels. This can lead to liver damage. The liver can become damaged even more if alcohol abusers take certain medications, such as corticosteroids and academia, which increase the production of glycogen.

Unfortunately, the liver is only one part of the body that may be damaged by alcohol abuse. Other organ systems can also be affected, such as the kidneys, bones, and heart, and many people suffering from liver failure will be at increased risk of heart attack and other serious complications due to organ damage. Therefore, it is important to consult with a health care provider before beginning a regimen designed to reduce alcohol use or dependence.